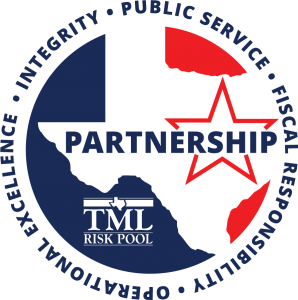 The above values drive the work we do every day to continue the mission that began over 40 years ago, when state leaders recognized a public need and filled it.

In 1973, the Legislature passed legislation requiring Texas cities to provide workers' compensation coverage to employees. The cost of workers' compensation through traditional insurers, however, was extremely cost prohibitive and cities found it difficult to secure coverage. Fortunately, the law allowed cities to meet the requirement by creating a self-insurance program under the Interlocal Cooperation Act. It was this legislation that allowed for the creation of the Risk Pool.

By July 1, 1974, the Texas Municipal League Workers' Compensation Joint Insurance Fund was created. During the first year, 130 cities became members. Through this partnership, cities in Texas were able to join forces by pooling funds together and managing risks as a unified team. The impact of the program on Texas cities was significant. By year five, membership was at almost 500 members. In 1982, the Liability Fund was added for similar reasons; liability insurance coverage was scarce and expensive. Shortly thereafter in 1983, Property Fund was added as well. By 1989, membership had grown to 850 members strong in Workers' Compensation, 500 members in Liability, and 400 members in Property.

Partnering with Texas Local Governments Since 1974